On display and on the air in TRF 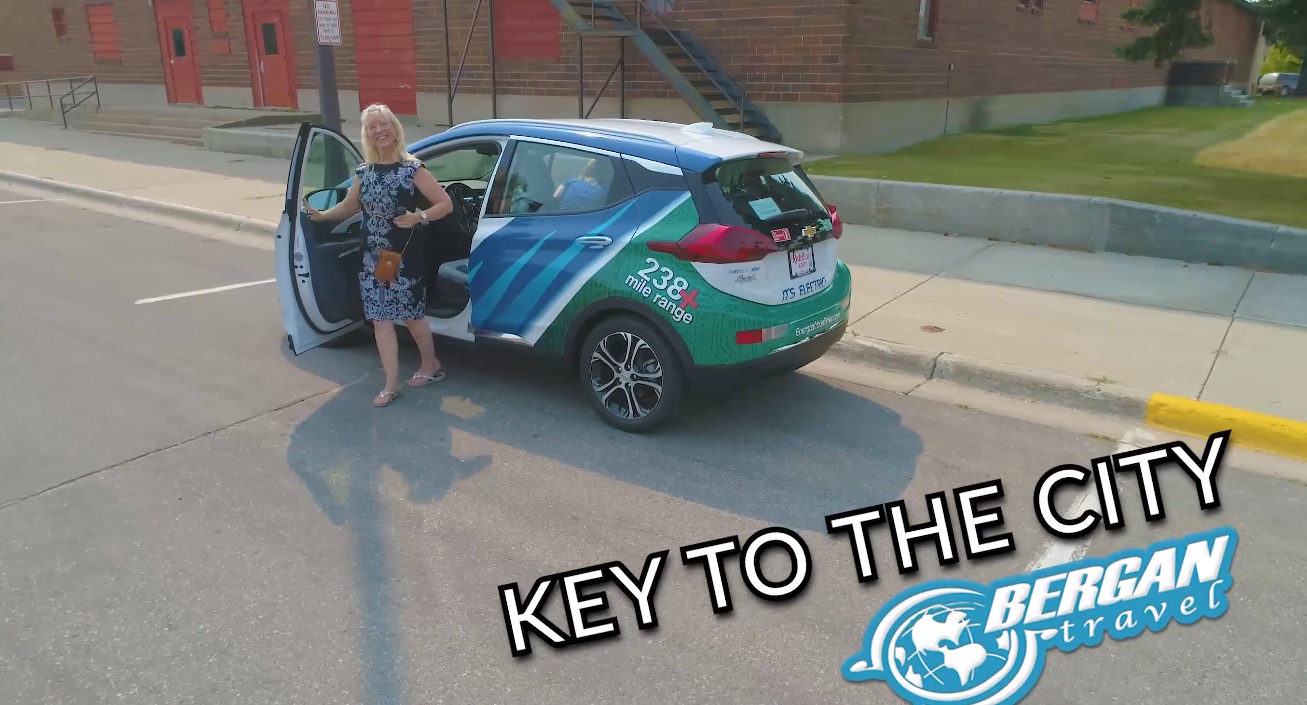 It was another busy summer week for our all-electric Bolt, kicking off with a car show hosted by the Thief River Falls Street Wizards Car Club on August 4. The show was staged right across the street from our partners at the Northern Municipal Power Agency (NMPA). They thought it was great opportunity to show the community what an EV is capable of. We agreed!

Darryl Tveitbakk, NMPA general manager, said hundreds of people strolled by the car throughout the day. He said they were curious about how the car worked and how it performed in comparison to the souped-up cars surrounding it.

Later that week, on August 8, the car traveled back to Thief River Falls as a discussion point in NMPA's board meeting. The board is interested in the growing popularity of EVs and their place in the power industry, so they wanted a firsthand look at the technology.

But before the board gathered, Tveitbakk and I had an opportunity to chat with local radio celebrity Key Teeters on her live morning show, Key to the City. Key had seen the Bolt at the weekend car show and wanted her listeners to know more about it. I was happy to oblige -- I love talking about electric cars! She asked us questions about range anxiety and charging, but then decided the best way to learn about the car was to get behind the wheel. With a video camera in hand and a drone buzzing above, we jumped in and cruised around town.

Key was blown away by the car's performance. You can see her glee in the video she posted to the TRF Radio Facebook page and YouTube:

After a great interview and test drive with Key, the NMPA board started to show up for their meeting and were drawn to the bright electric car in the parking lot. I handed over the keys to several of them and watched for that now-expected surprised grin to creep across their faces as they took off from stop signs. My list of EV champions is growing, one test drive at a time.

At the meeting, I had a chance to tell the NMPA board about my experiences with the Bolt and what Minnkota is doing to engage our communities. They had a lot of questions about both home and public charging stations, and how rebate, incentive and grant programs may help that development. They plan to keep the EV discussion going in the coming months. I hope my EV experience planted a seed, and I'm excited to see what may grow!