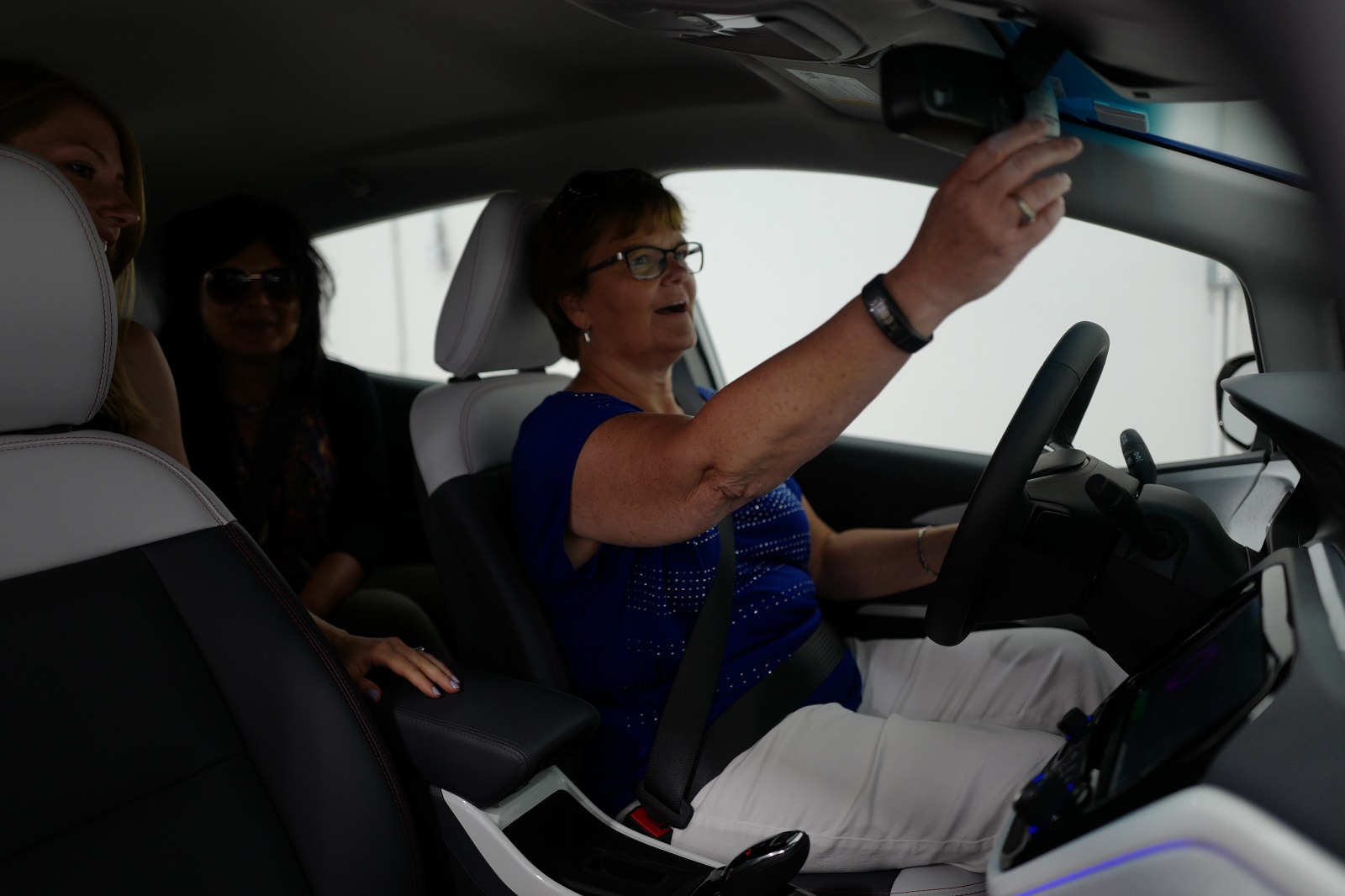 Over the span of a couple of days of employee test drives, I started to hear the same two words over and over. When referring to the ride of the 100 percent battery-powered Chevy Bolt, it was all "wow" and "awesome."

Yep, that pretty much sums it up. I knew these Minnkota test drives would do the trick.

We had a completely full sign-up sheet to put the EV to the test, except for one slot at 8 a.m. I guess everyone wanted caffeine in their systems first. I get it.

My first day pioneers came from a wide range of departments. Meter Data Administrator Patti Peterson said the bells and whistles of the car were very similar to the new vehicle she had just purchased. "This is very comfortable to drive," she said.

I asked Patti's test drive buddy Lisa Severson, energy conservation coordinator, what she thought of the car. "It's electrifying!" she joked from behind the wheel.

Patti and Lisa both had concerns about the size and bottom clearance of the car during the snowy winter, but loved the rest of what the car had to offer. Lisa said she would be excited to take it on a longer trip to see how changes in driving technique would effect her efficiency. "This car forces you to be more proactive," she said. And she's right.

Accountant Landon Schneider described the car as "fun" after his test drive, and I heard a lot of giddy giggles from Benefit Administrator Kim Eken.

Sarah Lundeby and Sean Devine from information technology teamed up for a test, and Sarah had some of my favorite reactions. As she accelerated and felt the power of the unassuming car, she exclaimed, "That's ridiculous!" When Sean picked up the pace on the highway, I heard Sarah in the backseat: "Seriously! I lost my stomach like I was on a fair ride!"

On the second day of tests, I heard more and more amazed reactions about just what this electric car could do.

Electrical Engineer Alex Manz really got a kick out of the regenerative braking and one-pedal driving, and Civil Engineer Lucas Hodnefield, upon accelerating onto Interstate 29, muttered, "Whoa," followed by a surprised laugh.

I also got a chance to get two of Minnkota's project management interns in the driver's seat. These two are among the youngest on the staff and among the most excited to learn about the new technology.

"My car is much older than this one, but everything feels so smooth here," Phoebe said during her drive around town. Having already taken her turn in the pilot's chair, Jenna looked around at the finishes of the cabin.  "The interior makes it feel sharp, clean and innovative," she said, later grabbing some photos with the car to send to friends.

I think it's safe to say the Bolt is growing its fan base.