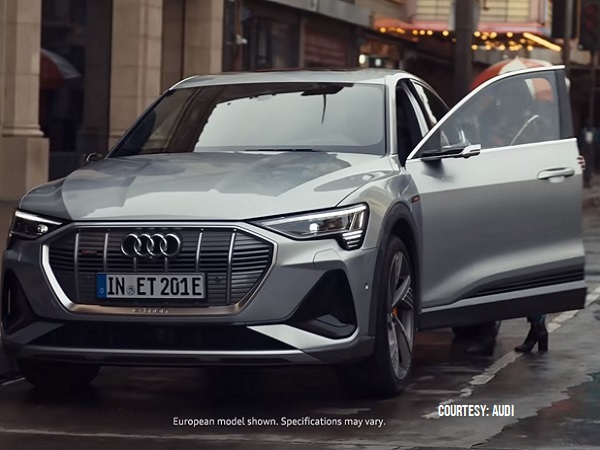 I fall into that third category. And maybe a bit of the second as well.

I sat down Sunday night to watch the Chiefs and the 49ers duke it out in Miami, surrounding myself with pizza, chips and Twizzlers (that second category) and ready to revel in the best viral ads that companies could throw at me.

What I wasn’t ready for was the delightful onslaught of ELECTRIC VEHICLE COMMERCIALS.

Did you see them all? Four major ads were scattered throughout the game from automaker heavy hitters that the audience of millions would recognize. Each time I caught on that the commercial was leading to an electric reveal, I would squeal, “EV AD!” And I’m sure other EV enthusiasts were doing the same – this is just the kind of mainstream, recurring promotion electric vehicles need to gain acceptance as a new “standard” on the road.

In case you missed them, here’s a quick rundown of what the industry served up on Sunday.

You may know her best as Arya Stark from HBO’s “Game of Thrones,” but Audi put Maisie Williams behind the wheel of its all-new Audi e-tron Sportback (not yet available to the public). An Audi e-tron SUV is already on the market, but the Sportback will be an exciting addition to the lineup.

We saw some great storytelling from Porsche in its Super Bowl ad, which showcased its first all-electric vehicle, the Taycan. A multi-model Porsche car chase, European sightseeing, humor – it was tough to lose with this one. I’d say it was my favorite EV ad of the night.

You wouldn’t think that fans of the old GMC Hummer (known as a brute gas-guzzler) would fall in the middle of the same Venn diagram as electric vehicle devotees (environmentalism often top-of-mind), but the teaser ad for GM’s all-electric Hummer may be just the thing to capture a brand new demographic. Using Lebron James as a celebrity spokesperson certainly doesn’t hurt.

We won’t actually get to see the Hummer EV until May, so this will have to hold us over for the time being.

The all-electric Ford Mustang Mach-E also popped up last night, although this commercial had already been unleashed into the wild in November (a year before the SUV’s expected rollout). This powerful ad leveraged the 55-year nostalgia of the Ford Mustang brand, as well as the commanding presence of actor Idris Elba.

Maybe by this time next year, the majority of Super Bowl car commercials will be for all-electric releases. I certainly don’t bet on sports, but the odds of that scenario are getting better all the time.